"Macabre at first glance but more intensely revealing with thoughtful scrutiny, the exhibit's photos pair live female forms with their deceased porcine counterparts in such a way that the two become indistinguishable. The monochromatic backdrop of the fully functioning slaughterhouse dramatically highlights the realist flesh tones of both hog and human. Occasional motions in her models, shown by trailing photographic ghosts, inform the viewer that her human subjects are very much alive amid stagnant piles of death. It's raw sexuality juxtaposed with unsettling morbidity." -LA WEEKLY 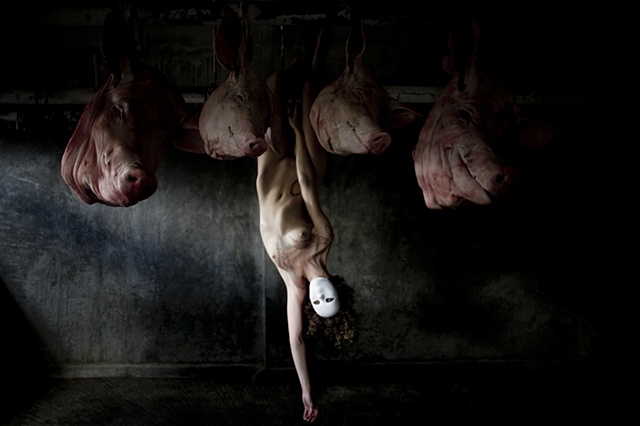 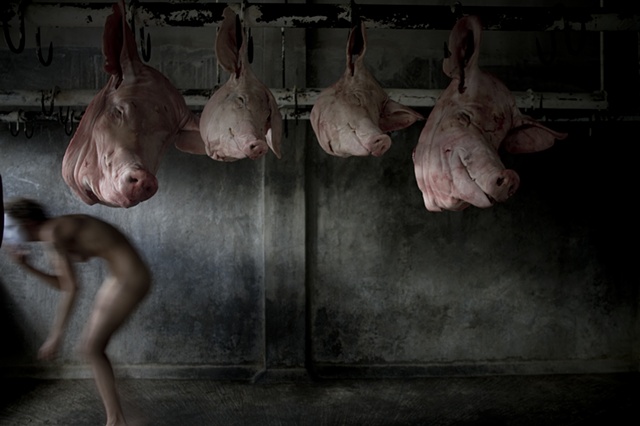 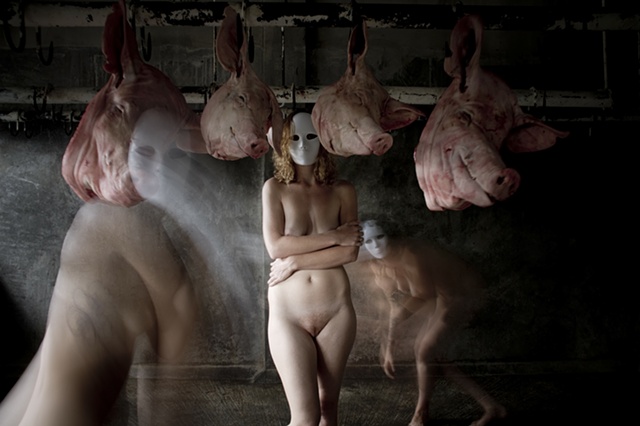 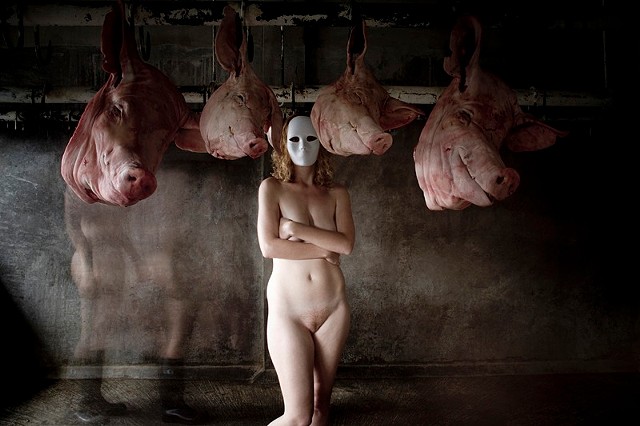 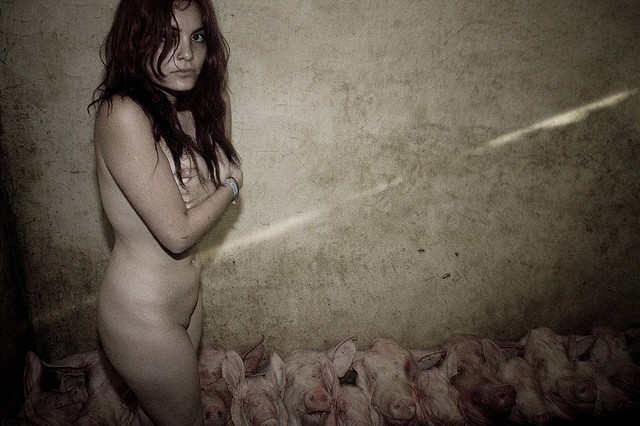 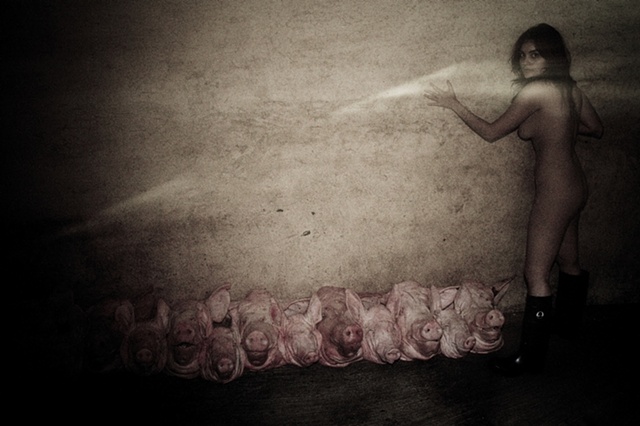 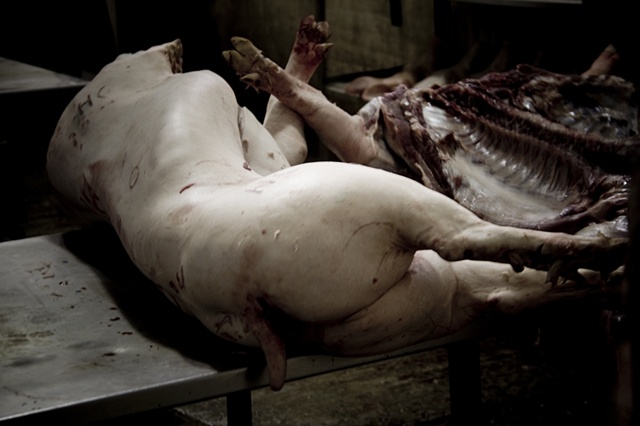 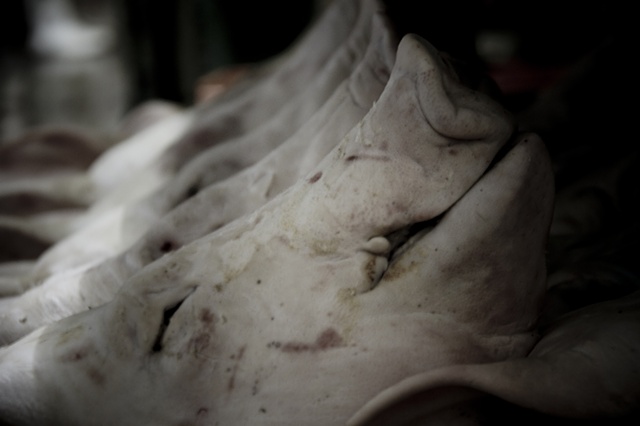 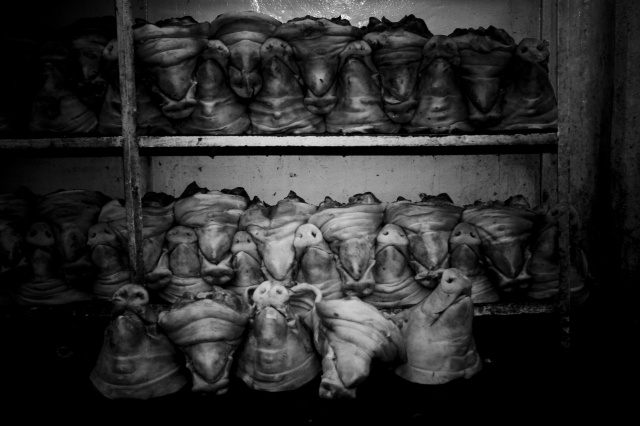 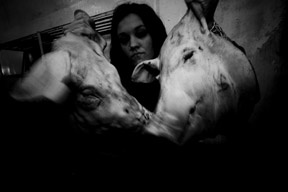 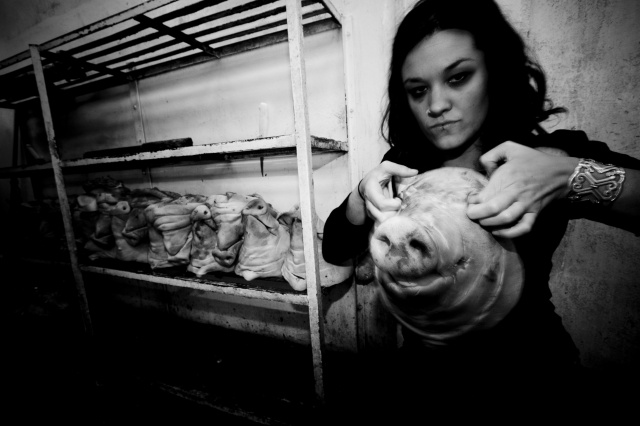 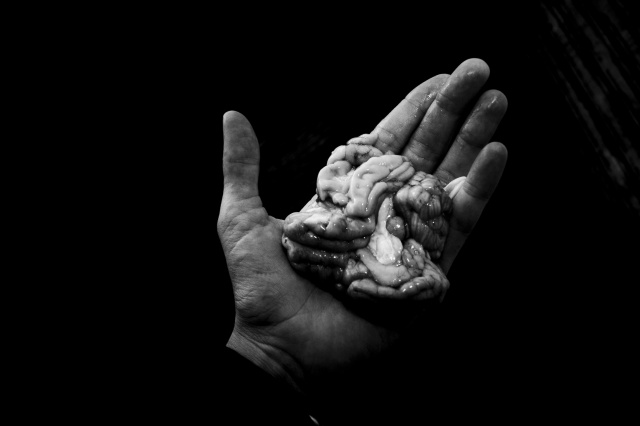 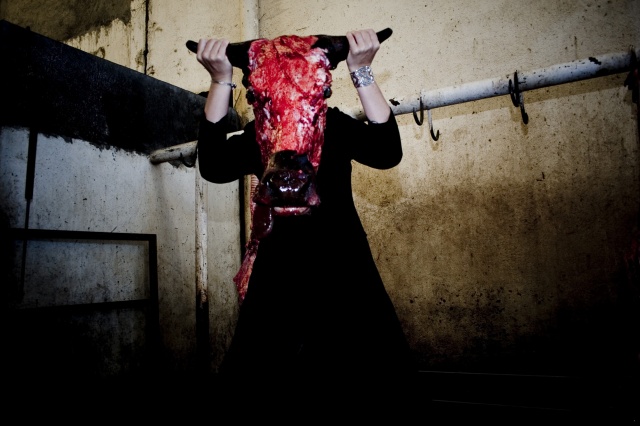 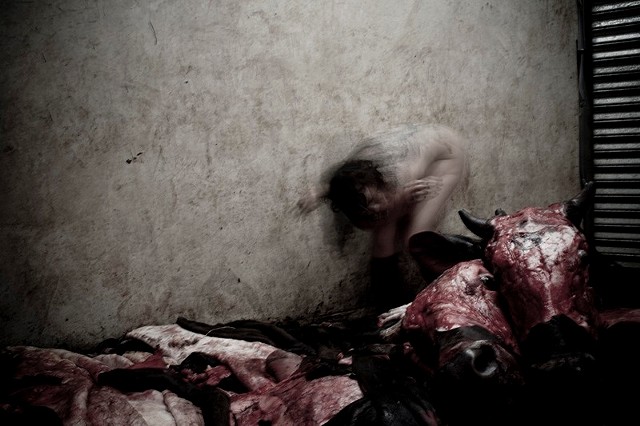 In 2008, after the sudden passing of her mother and with the guidance of her mentor, photography legend Mary Ellen Mark, Gibson ventured into a remote Oaxacan slaughterhouse to photograph the production process. “My initial compulsion to find a way to translate the mystery of ‘expiration’ quickly evolved into an opportunity for powerful emotional interaction,” says the Los Angeles native. “It became a project that reached far beyond the journalistic scope of an essay on the production of meat.” Gibson’s background in fine art erotica informed what would become a meditation on fears and cultural barriers that surround the more raw elements of death. ARTIST STATEMENT: My interest in shooting nudes in a slaughter house began in 2008 after I first photographed in a slaughter house in Oaxaca Mexico as a means to find a way to face death through art. The initial compulsion to capture the severity of life and death as illustrated by the inner-workings and happenings of a slaughterhouse widened to a universal opportunity for interaction with the nameless fears, disgusts and cultural barriers our society exhibits when exposed to the raw elements of death and the body. My desire is to reinvent this often dehumanized industry of flesh, fur, and bone. "For Consumption Only" is not just a photographic essay on the production of meat; rather it offers confession to the basic terror of existence itself. Furthermore, it requires all who participate, all who see it, to undress their own perceptions of survival and expiration.

Described as “sometimes bizarre, sometimes beautiful – but always layered with deep psychological undertones” by this project’s continued mentor Mary Ellen Mark, I will depict the duality of each theme, regardless of taboo. For the first time since beginning production, I was granted full rights by the slaughter house to explore, shoot and unveil the various layers of dialogue, curiosity and confusion surrounding the process of life and death as it exists within a slaughter house. In 2011 I took this project a step beyond and shoot nudes on location. In this second installation, the focus is on the interaction of a rarely-seen, revealed environment and the human subject. A constructed interaction as such – that of flesh for consumption and flesh of the consumer – will provide a visual point for the discussion and exploration of the fundamental conditions of existence.

There is beauty in death. There is death in beauty.